The New York Post Is Releasing a Supreme Front Page

Today’s New York Post will come with a Supreme promotional cover wrap. After the rumors circulated over the weekend, Supreme confirmed the collab this morning, releasing a video showing the co-branded paper fresh off the printing press.

The wrap features the paper’s signature letterhead, as well as a red Supreme box logo on white background. With the Supreme FW18 lookbook rumored to drop today, it would seem the New York Post advertisement will mark the start of the new season.

As with all things Supreme, people are already trying to resell copies of the New York Post on Twitter and eBay. Prices range from $7 to around $20 for the entire newspaper, including the coveted promotional Supreme wrap.

This move is surprising in more ways than one. The New York Post is a conservative-leaning paper that has been supportive of President Donald Trump, while Supreme has taken more liberal political positions in the past, notably donating a portion of proceeds from T-shirt sales to help families affected by the Trump administration’s anti-immigration policies.

What do you think of the advertisement? Will you be picking up a copy of the Post? Let us know in the comments.

Next, check out our favorite Supreme SS18 pieces and how much they’re worth now here. 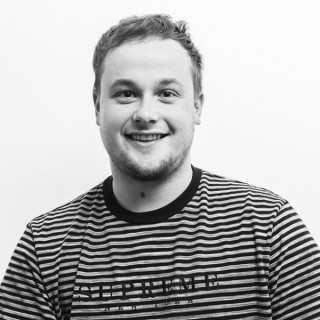 My mum says I won’t win a Pulitzer writing about Supreme. She’s wrong.

Here’s Whatever That Decreased at the DC Shoes x FTP Pop-Up & & Afterparty...