The Supreme FW18 lookbook has arrived and judging by the positive initial reactions, copping this season’s pieces could be more difficult than usual. To gauge levels of interest, SupremeCommunity has opened up a public vote, asking users to judge each new item with a thumbs up or thumbs down.

One of the most notable items in the new collection is the returning box logo crewneck, which users have approved to the tune of 5,598 upvotes at the time of writing. Another evergreen piece that’s likely to prove popular is the trademark logo hoodie, which has 1,446 upvotes so far. The GORE-TEX 700-fill down parka, below, is also sure to be a hit, with 1,568 upvotes.

Judging by SupremeCommunity voting, accessories might also prove a difficult cop in FW18. The Supreme x Steiff teddy bear is the most popular item, with 3,478 upvotes, while the iPhone 8 and 8 Plus battery cases (3,139 upvotes) and Santa Cruz Chameleon bike (2,024 upvotes) aren’t far behind.

Those looking to cop the brand’s pants, headgear, or outerwear pieces, however, aren’t likely to face such stiff competition if the number of downvotes is anything to go by. Users don’t appear too hot on the printed washed regular jeans (546 downvotes to 74 upvotes). In fact, all of Supreme’s FW18 jeans have fared badly in voting. Elsewhere, the work pants (465 downvotes to 169 upvotes), plaid beanie (301 downvotes to 71 upvotes), and quilted studded leather jacket (a whopping 1,385 downvotes to 135 upvotes) fare badly.

For a full breakdown of voting on Supreme’s FW18 items, visit SurpremeCommunity.

In related news, the Supreme co-branded edition of the ‘New York Post’ is being resold for $46. 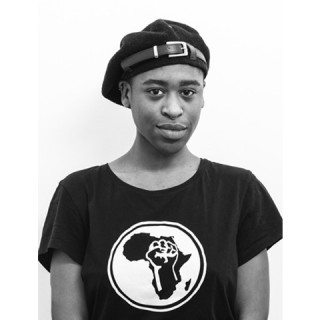 A Berlin-based gal from Brum.

The Very Best Airline Companies Worldwide, According To 21 Million Travelers