How Nipsey Hussle Hustled His Way to Mainstream Rap Success

Many emcees strive to reach the credibility that a rapper like Nipsey Hussle possesses while still remaining true to the communities they come from.

Barely six months after dropping his debut album Victory Lap, the Crenshaw, Los Angeles native has solidified his status as a bonafide hip-hop success story that only serves to reinforce the hustling mentality that so many up-and-coming rappers are associated with. For anyone remotely tuned in to Nipsey’s career, the 32-year-old mixtape vet had been straddling the indie-rap circuit for nearly a decade before plucking himself from obscurity by infamously selling his Crenshaw mixtape for $100 each in 2013.

We spoke to Nipsey on his entrepreneurial spirit and how he rose to self-made stardom, and why simple style choices like sweatsuits and PUMA Californias keep him grounded on his day-to-day grind.

Were you always entrepreneurial, and where do you think that characteristic comes from?

I heard a saying one day. It said, “Necessity is the father of innovation.” Not really having a means is going to make you a hustler. Growing up and having ambition and having goals and having a vision, but not having the necessary tools and the means to connect the dots, you’re going to get creative. I think that turns into entrepreneurship. That’s why you see a lot of real stomped-down hustlers come from challenging situations, because they had to figure it out.

Especially in terms of just making my way to the studio, because this piece we’re doing is centered around the path of me getting to the studio every weekend. That was the only option, so we figured it out and we made it make sense. I think in terms of entrepreneurship, it was just about not taking no. We ain’t really have resources, family members, that was in position, so we had to get it out the mud.

What advice do you have for the artists out there who are really gifted creatively, but they can’t really necessarily wrap their heads around the business side of it?

Honestly, one of the things I’m blessed with, I got a team. My team’s so strong. I got really focused, dedicated, members of my team that I get a lot credit for their work. My brother, my other god-brother, my other brother, rest in peace, everybody is focused. I wasn’t the only one that was dedicated. I had a team and everybody didn’t rap, but everybody woke up every day with their mind on it.

I will say, like a basketball team, everybody plays a different position, but you got to build your team to go get the chip. Be a championship team. It took a lot of trial and error, but my team is solid. Like I said, I get a lot of the credit like it’s all me, but my team deserves a lot of that. I’m the one who gets on camera, be the face of it, but I got a team that don’t sit around and wait on me, they make moves.

One of your goals was to stay indie—you had a map on your wall and you visualized and that helped you connect the dots. What else do you do to stay focused & what do you do to achieve your goals?

I think you said it, visualizing is seeing it. It’s almost about convincing yourself that you really believe it, because you may have a goal, but don’t believe that you can do it, and you’re hustling backwards. You got to really work on your mindset and figure out how to really convince yourself that you can do it. Really a lot of times, that’s the hard work. That’s what you’re doing when you put in them hours, you’re just convincing yourself. It’s described as practice, it’s described as your 10,000 hours, but it’s really you convincing yourself. It’s like a fighter. After so many fights, you just got a certain trust in your instincts.

How would you describe the creative scene in Los Angeles, like where you came up, today?

It’s just about teamwork. Everybody from LA that came after the Death Row thing, everybody low key, helped build each other. People got past it, the set-trippin’ and, “Oh, you from this side of town? I’m from [there].” Everybody is just locked in and trying to help build it back up. I think that worked in everybody’s favor. Then it’s just about making great music and speaking to our city. Not trying to sound like other places, not trying to import other culture, really sounding like us and speaking about our story—I think that played a big part in getting the movement back.

When you see young artists who are hustling right now, in your hometown and Los Angeles, what advice would you give them?

Let’s talk a little bit about your personal style. What do you wear on a day-to-day? How would you describe it?

I’m like an old school hustler. I wear marathon sweatsuits. I wear PUMAs. I wear white tees. That’s my regular day to day situation. I don’t overly put on designer [brands] and all that. I like being comfortable; I’m a form follows function type of person. I just feel like [with a] marathon sweatsuit, white tee, some PUMAs, I’m good to go.

I would imagine you have a lot of feelings coming back and just sort of looking at where you came from, where you are today. What does that feel like?

I look at it like the goals that I have now. They seem like they’re far-fetched. I got an example of feeling like that in the past and then all of that shit really happened, so it just gave me confidence to work toward it.

Where do you see yourself going next? You put your mind to something and you are proof that it can happen. I’m wondering what’s next on that vision board for you. 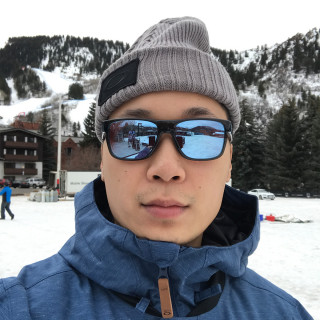 Not always there when you call, but I’m always online.