On Monday, Supreme unveiled its latest collaboration, this time with the late visual artist Mike Kelley.

Supreme has a long history of working with iconic artists, most recently Nan Goldin and Cindy Sherman, so Kelley is an obvious choice for the brand to collaborate with. Born in Michigan in 1954, Kelley became a vital fixture in the Detroit punk scene with his band Destroy All Monsters, before moving to LA and focusing on visual art.

Kelley died by suicide in 2012 at the age of 57. His New York Times obituary called him “one of the most influential American artists of the past quarter century” as well as “pungent commentator on American class, popular culture and youthful rebellion.”

His work breaks down the idea that an artist is tied to a single medium. Instead, Kelley explored ideas of childhood, trauma, and high vs low art through performance, collage, drawing, and sculpture and more. Because of this, its hard to succinctly sum up Kelley’s work, but below we break down all the pieces used in the Supreme collaboration.

Kelley is best-known for his pieces that use found-object stuffed animals. His first piece using repurposed toys was his 1987 work More Love Hours Than Can Ever Be Repaid, which is widely considered his masterpiece.

Supreme put the piece on an all-over print button-up shirt and hoodie, but the original artwork was a collage that from far away could easily be mistaken for an Abstract Expressionist painting. Closer up, the work is made from an assortment of blankets and stuffed toys that Kelley found in thrift stores. As The Whitney puts it, Kelley “transformed the orphaned handicrafts into a swirling mass of unrequited affection that is beyond human reciprocation.”

The title More Love Hours Than Can Ever Be Repaid gives a hint as to what the piece is about: love and what it means when we give it away. The New Yorker even goes as far as saying the piece “evokes the tearstained dedication of a million aunts and grannies of kids who learn to hate themselves for not being sufficiently appreciative.” That’s a lot of emotions for one shirt.

More Love Hours Than Can Ever Be Repaid may be the first piece using this medium, but Kelley’s 1991 series Ahh…Youth! is his most recognizable work in pop culture, thanks largely to Sonic Youth, who chose one of the images to cover their 1992 album Dirty. That wasn’t the first time the iconic band worked with Kelley — they previously took part in his 1985 performance entitled Plato’s Cave, Rothko’s Chapel, Lincoln’s Profile.

The framing of the toys — alongside their worn, slightly disfigured appearances — suggested a darker side to the objects, something that is a theme through the artist’s work.

Supreme’s collab also includes a selection of Kelley’s drawn-over historical images, including Franklin Signing the Treaty of Alliance with the French Officials, The Empire State Building, and Hiding From Indians, which form part of Kelley’s Reconstructed History series.

On first look, the images seem like something out of a textbook, and they were actually taken out of old school books. But a closer look reveals the images are drawn-over with juvenile, lewd images, in a similar way to how books today are defaced by bored students. These images act as a throwback to schooldays, while also questioning the significance of what is being taught in the education system.

To find out more about Mike Kelley’s work, head over to The Mike Kelley Foundation For The Arts.

In other style news, Carne Bollente is making sex-positive streetwear. 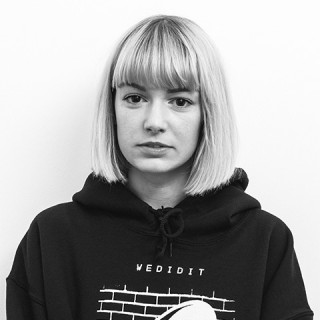 Supreme x John Woo Has Absolutely Nothing to Do With New york city which’s...

Consume Consume Vegan– The Most Significant Vegan Food Fest Of 2019– Is Coming To...